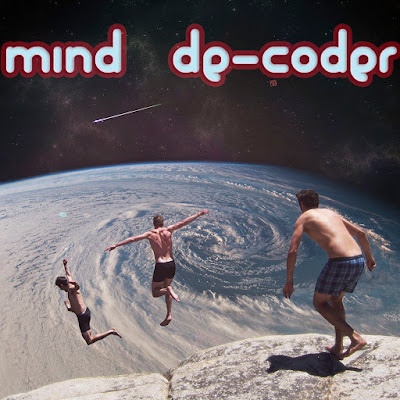 ‘We are put on earth a little space, that we might learn to bear the beams of love’.
William Blake 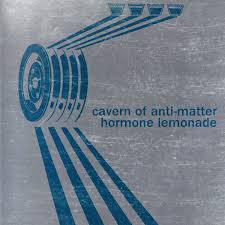 The 70’s psyche vibe is strong with this one, as the post-Stereolab unit of Tim Gane, Joe Dilworth and their pal Holger Zapf channel the spirit of krautrock by heavily utilizing the sounds of modular synths, home built drum machines and Motorik beats. By all accounts their album, HORMONE LEMONADE, released earlier this year, is pretty much based around rhythms created by Zapf on two self-constructed machines over which the rest of the band fleshed out ideas on synths, sequencers, drums, and guitar to produce music whose intensive rhythmic focus stands at some remove from Stereolab’s melodic signature. That being said, I still kept on expecting Lætitia Sadier’s vocals to come floating over the top, but that might just be me.

SMELL OF INCENSE     A FLORAL TREASURY 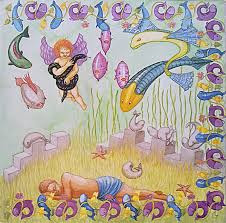 You know how you occasionally come across your new favourite band only to discover that they’ve been around some 30 years or so and you can’t imagine how you’ve ever managed without them for so long, and, furthermore, just what were you doing some 30 years ago or so that you’d never heard of them in the first place? Well, Smell Of Incense are that band, and in answer to the second part of the question: I don’t know – you’d have thought that I’d been all over them like the psychedelic lemmings of destiny leaping over the grim clifftops of dull reality. Smell Of Incense are a Norwegian psych band with roots in the mid-eighties where they may have begun life as an obscure hardcore Scandinavian D.I.Y. act. Fortunately for me, since the release of their first album in 1986, they’ve only managed to release three more albums so it’s been easy enough to catch up with them. A Floral Treasury, from their second album THROUGH THE GATES OF DEEPER SLUMBER, released in 1997, is a 26-minute, five-part, Amon Düül-inspired krautrock odyssey where the music ranges from meditative raga rock bliss with sitar to percussive trance rock elements to a meadow symphony and electronic interludes. Wearing their experimental, avant-garde, psych-folk credentials on their sleeve (they’re named after a track by The West Coast Pop Art Experimental Band) the track contains three middle stanzas each based on one of three literary meadow fairies invented by the reclusive pre-Raphaelite British artist the late Cicely Mary Barker. Brilliant and breathtaking. 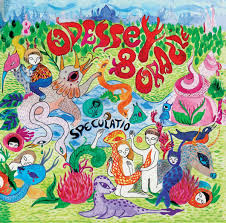 Baroque pop loveliness by French band Odessey & Oracle who appear to have taken their name from The Zombies’ misspelled masterpiece. Les Déesses, is taken from the band’s debut album SPECULATIO, released last year.  It’s both simultaneously futuristic and nostalgic, beautiful and very Gallic, whose music draws its influences from a broad spectrum: from early classical music of the medieval, baroque, renaissance variety, through to 60s psychedelia and experimentalism, and contemporary electronic music expressed through expansive and sophisticated arrangements featuring instruments ancient (your viola da gamba, baroque cello and flute are all present) and modern, although the band note on their homepage that all keyboards and synthesizers used on this record are from the 60s and 70s. The banjo, of course, is largely timeless. A band very much at home to counterpoint and hybrid instrumentation. Charming. 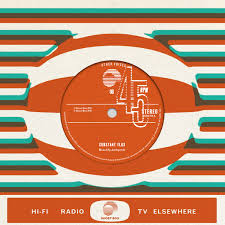 Lisbon’s Beautify Junkyards dreamlike blend of pastoral acid folk, haunted tropicalia, breezy fado and eldritch electronica were always going to be a natural fit for the Ghost Box aesthetic and, sure enough, in 2016, they contributed to OTHER VOICES, a series of singles featuring regular Ghost Box artists, special guests and one-off collaborations. Constant Flux charms with its exquisite prettiness but contains an autumnal vibe which recalls the bucolic self-titled debut LP by Heron (a band Beautify Junkyards covered on their own self-titled debut LP), had that first Heron LP been produced by Broadcast, say.

BRONA MCVITTIE     WHEN ANGELS WAKE YOU 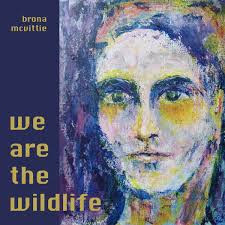 On her debut solo album, WE ARE THE WILDLIFE, released last year, Irish folk chanteuse and harpist Brona McVittie has created something really quite special, blending experimental electronica with the harp and other pastoral delights that puts one in mind of Tuung’s folktronic flourishes and Virginia Astley’s pure pastoral instrumentals. This is beautifully embroidered folk, otherworldly and yet pleasingly contemporary in feel.

MGMT     DAYS THAT GOT AWAY Much has been written about the most recent release by MGMT, this years’ LITTLE DARK AGE, and how it seems to be a welcome return to form following some kind of self-imposed exile following the accidental success of their debut album ORACULAR SPECTACULAR in 2006 – that is to say, they’ve written something with melodies again. In truth, I’ve always preferred MGMT at their most willfully obtuse. LITTLE DARK AGE satisfies on both levels, containing tracks that sound just a little bit like, ooh, Empire of the Sun (let’s face it) and psychedelically wayward gems like Days That Got Away - dubbed-up pop misremembered as playful prog excess. 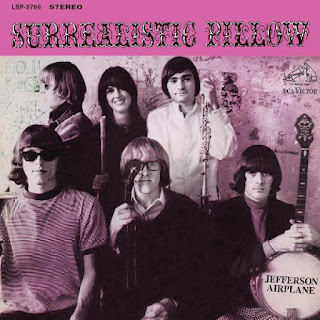 Embryonic Journey is a gorgeous instrumental piece played by Jorma Kaukonen, the lead guitarist for Jefferson Airplane, of course, that first appeared on the band’s SURREALISTIC PILLOW in 1967. Apparently, it’s the first piece of music Kaukonen ever wrote, blending modal sitar-inspired raga riffs with crystalline finger-picking, resulting in a six-string meditation that encapsulated the mood of the 1960s as powerfully as any song of that era (with or without lyrics).

OS MUTANTES     TO MAKE IT BEAUTIFUL 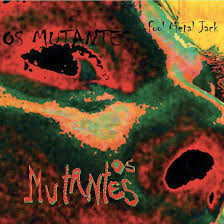 FOOL METAL JACK was the second album released by Brazil’s legendary psychedelic tricksters, Os Mutantes, following a 35-year hiatus. Released in 2013, the album saw only one original member on board, guitarist Sergio Dias, but nevertheless shows them still to be a singularly eccentric act, finding beauty and noise amid an assortment of styles. I’m not entirely convinced by the album – in many cases it sounds as if they’re trying too hard – but To Make It Beautiful has enough recherché whimsical elegance to it to remind me of the old days. 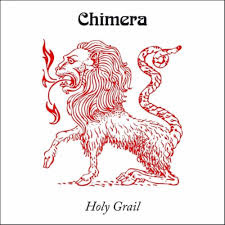 The semi-legendary ‘lost’ LP, THE HOLY GRAIL, the only album by the largely forgotten Chimera, became one of the great lost acid-folk artifacts of the era, known, if known at all, as an unreleased cult oddity with some arcane connection to Pink Floyd. The band essentially consisted of two Beatles groupies, Lisa Bankoff and Francesca Garnett, who, in 1968, met Pink Floyd’s Nick Mason who became their manager and signed them to the equally semi-legendary Morgan Blue Town record label which promptly went bust during the recording of their album. Despite featuring himself on The Grail and fellow bandmate Rick Wright on another track, Mason was unable to find anyone else to sign them or release their album and so the band languished into obscurity until 2001 when the tapes were rediscovered and finally saw release some 32 years after the album was recorded on a newly revived Morgan Records. Exotic and other-worldly - ethereal vocals float over Floydian landscapes. I think it was re-released last year for National Record Store Day. 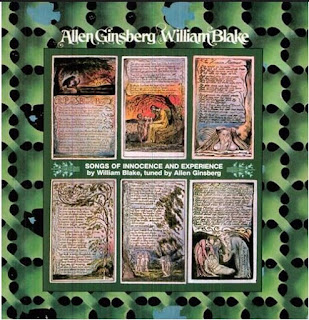 The lovely 12-minute homage mantra to guru-deity Padmasambhava appears as a bonus track on Ginsberg’s 1971 recording of William Blake’s THE COMPLETE SONGS OF INNOCENCE AND EXPERIENCE, in which he fearlessly sets the visionary English poet's famous collection to music. Now, the jury is largely out as to how successful he was, which is to say, despite appreciating his sincere commitment to the project (Ginsberg maintains he was inspired to make these recordings following a religious vision in 1948 in which Blake appeared in his East Harlem apartment and recited poetry to him – make of that what you will) Ginsberg’s adaptions are just a little too ‘hey, nonny, nonny’ for my tastes, whereas music critic Robert Christgau gave the record an ‘A’ and praised Ginsberg for singing in the manner of Blake's writing—"crude, human, touching, and superb", while no less an authority than Lester Bangs praised Ginsberg’s vocal style as reminiscent of an Anglo-American muezzin, which sums it up quite nicely I think. It’s the addition of three mantras at the end of the disc that I enjoy – each feature the mysterious Reverend Adjari & Buddhist Chorus, a moniker coined by Ginsberg for Ajari Warwick and the Kailas Shugendo Mantric Sun Band, and Padmasambhava, in particular, has a life-affirming quality to it that alone makes the record worth purchasing. 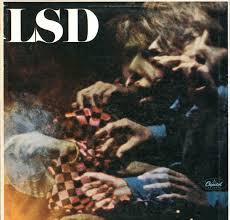 I follow this with an excerpt from a curious record I’ve been dipping into throughout the show called LSD: A DOCUMENTARY ON THE CURRENT PSYCHEDELIC DRUG CONTROVERSY, a spoken word album released in 1966, which pretty much does what it says on the cover: the contents within are depicted as "Actual recordings of people under the influence of psychedelic drugs...Psychedelic music...The sound of the ‘Acid Test’...LSD users and pushers and the amazing story of LSD in action." It contains music by Neal Cassidy and The Warlocks (who went on to become the Grateful Dead, of course), performing Speed Limit circa 1965, an audio vérité recording of an actual acid trip featuring 8 teenagers that sounds awful, and several commentaries from Timothy Leary; Laura Archera Huxley, widow and biographer for her late husband, author of ‘The Doors of Perception’, Aldous Huxley; Ken Kesey with a  few minutes of rambling Acid Test recordings; and, in this instance, portions of a live Allen Ginsberg poetry reading played prior to some interview clips in which he talks about his revelations and insights on the substance. Other than that each side of the long-player consists of a single, continuous track narrated by author Lawrence Schiller in which he discusses the history of the drug, its effects, as well as sound bites of acid users -- both novice and seasoned - during and after use - which concludes with the depressingly predictable statement "...on the basis of the evidence...the answer to the LSD problem should be just about as obvious as the basic question: Is this trip really necessary?"  (Hint: “not ‘arf”)

SENDELICA     EVEN THOUGH MY MOUTH IS SILENT 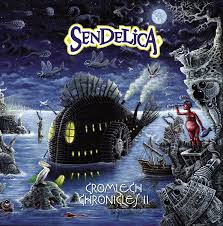 Following a magical recording session at the Mwnci studio beside an ancient megalithic cromlech in West Wales, which resulted in the 2015 album CROMLECH CHRONICLES, Welsh band Sendelica, returned to the studio in 2017 for its sequel, CROMLECH CHRONICLES II, released as a rare CD (only 150 copies made) on the wonderful Fruits de Mer record label . It consists of two 18-minute long improvised soundscapes influenced by the likes of Japan’s Taj Mahal Travellers and features Tibetan singing bowls, shaman drums, sansula, ting sha, mbira, wood blocks, Chinese gongs, Shruti boxes, Sanskrit chanting and field recordings. This is mystical music of the highest nature – Even Though My Mouth Is Silent is nothing less than a shamanistic trip, capturing something of the ambience of Popul Vuh’s magnificent soundtrack to Werner Herzog's film ‘Aguirre’. It’s a mellow, laid-back affair that invites introspection while allowing the mind to ponder things of a momentous nature in a pleasingly solipsistic manner. Time and space are suspended.