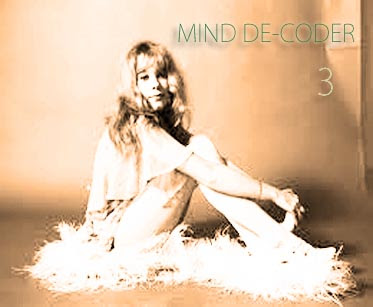 “The past is a foreign country, one where people are inordinately fond of polka music”.
(Pat Long, 2012) 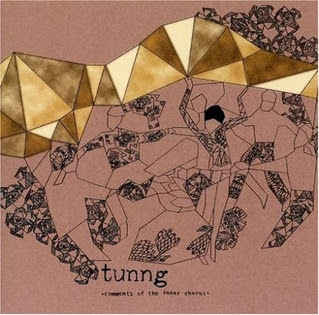 Tuung's particular take on folk and blippy electronica really does make for the most disorienting music. This particular track is from the album COMMENTS FROM THE INNER CHORUS, released in 2006. I placed a few left over bits and pieces on it from that MASHED IN PLASTIC tribute album from a few years back, and added an excerpt from a documentary about LSD wherein an 11 year old kid explains that it's better than reading the bible six times. I think it's my favourite intro so far... 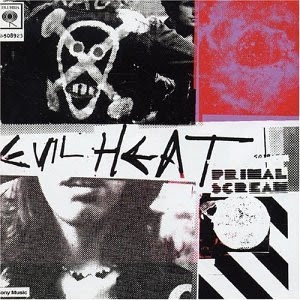 Primal Scream on mind-bending form with the opening track from 2002's EVIL HEAT album. I don't think I'm being entirely inaccurate when I say that, until recently, this was the most amazing thing they'd done for ages. 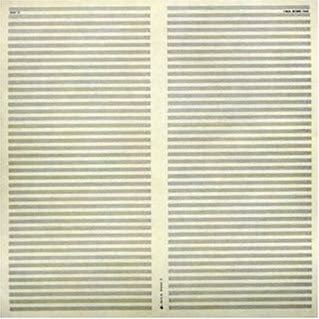 This lovely, understated track, with more umlauts than you can shake a stick at, is from the often underrated FAUST IV, released in 1973. This album is the Faust oddity - not because it has real songs on it, but because it was made away from their beloved school-house in Wumme. It has an entirely different feel to anything they'd done before, but was still very much a Faust album. Lauft... has a gentle Syd Barrett vibe to it that appeals to me greatly; it's the Faust song I like most to put on compilation tapes for friends - I have no idea what it's about though. I think the title is a typically long-winded German way of saying : “it’s running”, umlauts notwithstanding. 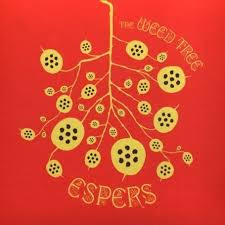 An impeccable cover version of a song by The Durutti Column by psych-folk collective Espers from their album THE WEED TREE, released in 2005. (They actually do a very fine line in cover versions on this album, taking in tracks by Bert Jansch and Nico amongst others). It's one of those songs that makes me feel vulnerable, which I like every now and again. It reminds me of a time that I took a bus journey across America and didn’t manage to sleep for three days. They manage to capture that dislocated feeling of loss, bewilderment, bad breath and sleep deprivation just right.

At this point I played a reading of the final verse from STOPPING BY WOODS ON A SNOWY EVENING, by Robert Frost, probably not read by the author.

PENTANGLE     ONCE I HAD SWEETHEART 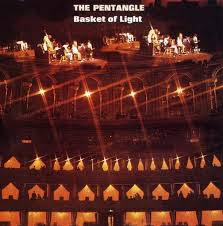 I love Jacqui McShee's vocals anyway, but on this track she shines. Once I Had A Sweetheart is taken from BASKET OF LIGHT, released in 1969 and to my mind the best album Pentangle produced; it's way up there with Fairport Convention's LIEGE AND LEIF but beats it on account of the tunes. Pentangle just have more tunes, and Once I Had A Sweetheart is one of those tunes that can just nag at you while you're waiting in line at the flower shop. 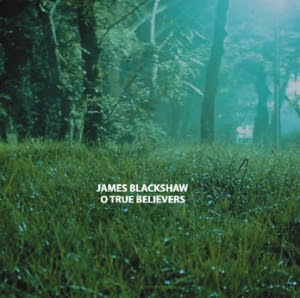 James Blackshaw was born in 1981, for a start, which always freaks me out. Spiralling Skeleton Memorial is taken from his album O TRUE BELIEVERS, released in 2006. It's a 12 string acoustic album that seems to be largely improvised but from which he has been able to craft the most beautiful, heart-stopping tunes. Quite simply, it's gorgeous. 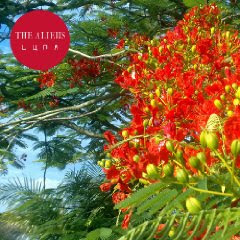 Largely a filler; a few moments of weirdness and strange sounds from Luna, taken from their second album LUNA, which was released in 2008, a consistent favourite of mine. 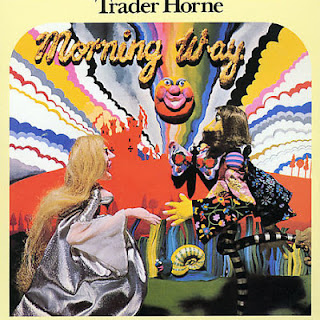 Trader Horne - purportedly named after John peel’s nickname for his nanny - were, like Mellow Candle, one of those magical, short-lived bands that existed as the 60’s crept their way into the 70’s in the hope that no one would notice. It featured the voice of Judy Dybble, who was in the original Fairport Convention but was replaced with Sandy Denny when it was felt that her voice wasn't up to the direction that The Fairport's were pushing in, and guitarist Jackie McAuley, previously with Them, who found himself at a loose end after the curmudgeonly Van Morrison went solo and the band’s final two psychedelically-tinged albums failed to find an audience interested enough to buy them. They only made the one album, the very fey MORNING WAY, which was released in 1970. It was never promoted because Dybble left the band before the record was released, and yet...some bands exist only ever to make one album or one song that makes sense of their existence, even if they only exist for five minutes, and in this case, the wistfully lysergic Morning Way does the job quite nicely. 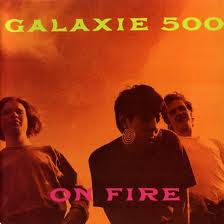 The joke is, is that Galaxie 500 formed, released three albums and toured enough that I got to see them three or four times and then split up, in the time it took The Pastels to release their second album. It's not much of a joke I grant you and tells you nothing about Galaxie 500 but quite a lot about The Pastels, who aren't featured on tonight's show and I don't know why I'm going on about them so much. Can I just say that when Galaxie 500 released ON FIRE, from which this track is taken, in 1989, I played it to death. Their simple, atmospheric pop songs may sound somewhat sweetly dated nowadays, but guitarist Dean Wareham’s sparse guitar solo's used to thrill me in an age when guitar solo's were frowned upon for being wanky. There's nothing wanky about the guitar solos in Galaxie 500. Bassist Naomi Yang takes the vocals on Another Day, and her voice sounds so beautiful and lonesome that it makes me yearn for a daydream that just passed me by and left me wondering just what happened to my 20's. Dean Wareham went on to form Luna with The Chill's Chris Martin, and Naomi Yang and drummer Damon Krukowski became Damon and Naomi and went on to release a handful of albums in this vein, but neither act made a record that meant anything as much to me as ON FIRE does - did I mention that I love this album? 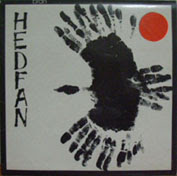 Seriously, I can't even pronounce the name of this song (it may translate as ‘intensive days’), but here's what I know about them - they were a Welsh-language prog band from the late 70's/early 80's who seem to have released three albums before they turned into an acid-folk band called Pererin. They sound ever so slightly like a cross between Jefferson Airplane, Clannad and an early 70's version of Fleetwood Mac, but in Welsh, of course. Obviously I have no idea what they're singing about, but singer Nest Llewellyn Jones could be singing a shopping list for all I care and it would still sound mysterious and lovely. Dyddiau Dwys is from the album HEDFAN, released in 1976, but it also appears on the very fine album WELSH RARE BEAT compiled by Andy Votel and the Super Furry Animals' Gruff Rhys Jones, which pretty much does what it says on the label and remains a must-have album for every household as far as I'm concerned (but then I would). 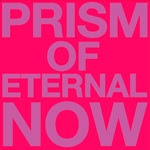 Another track that also pretty much does what it says on the label, Mystic Prism can be found on the album PRISM OF THE ETERNAL NOW, released in 2007. The liner notes of his album claim that the music within has healing properties, and who am I to doubt that?

THE SUNBURNED HAND OF THE MAN     THE JAYBIRD 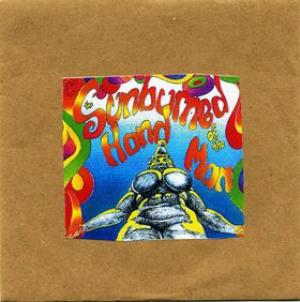 Mind-blowing heavy vibes from the amorphous The Sunburned Hand Of The Man. The Jaybird is taken from the album THE JAYBIRD, a record that Julian Cope describes quite pithily as 'one motherfucker of a psychedelic trip - it's grooves run rings around Saturn and it's bass penetrates Uranus' - what more needs be said? It's not an album for the faint-hearted - it takes over everything else in the room and rides it long and harrrrrd! 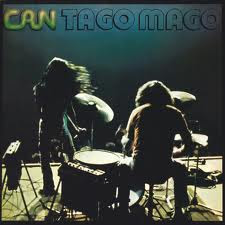 One of Can’s prettiest and most mysterious songs, taken from their 1971 release TAGO MAGO. Damo Suzukie’s vocals are backwards and beautiful and the track itself is more or less indescribable. Copey gives it a go in the good book, KRAUTROCKSAMPLER, when he calls it ‘fucking gorgeous’. Nuff said. 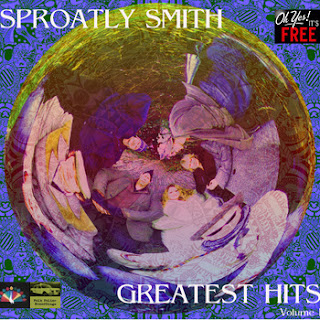 Ghostly and lysergic, Herefordshire’s Sproatly Smith are channeling something buried deep in the border country where spirits and legends live on in the half-life of myth and belief. Spine-tingling, really. Taken from their album GREATEST HITS VOLUME 1. 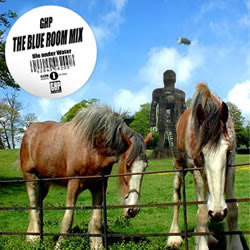 These are both largely instrumental so I combine the two of them to what I think of as pleasing effect. Strawfields and Skyplain came from a Blueroom session that Mark Vidler did for Radio 1 back in 2006, Lullaby is hummed by Magnet from the newly-realised soundtrack to THE WICKER MAN, released in 2002. 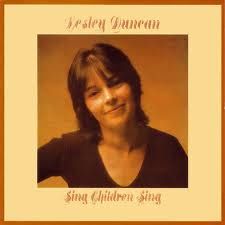 In these cynical times it's almost necessary to play something as honest and beguiling as Lesley Duncan's Love Song. She originally used to be one third of Dusty Springfield's backing singers but had to wait until the 70's before achieving any real success. This is from the album SING CHILDREN SING, released in 1972, but you may have heard the version recorded by Elton John and Olivia Newton John that earned her a great deal of money, so that's alright then. 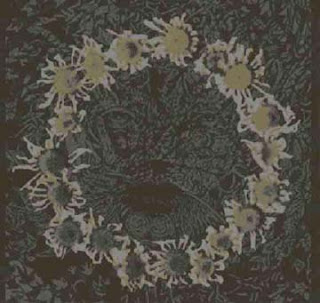 1 minute and 15 seconds of folkish ethereal loveliness from In Gowan Ring, taken from the album COMPENDIUM 1994-2000, released in 2000. In Gowan Ring is the name under which the mysterious, reclusive and nomadic B'eirth records - he favours traditional instruments and which he often designs and makes himself. He sounds like the sort of bloke who should be living in medieval woodland on the Welsh border with a bodged chair, a broken water jug and half a candle as his only possessions. In fact, he seems to come from Ohio, near Salt Lake City, where he's related to the fourth prophet of the Mormon Church, Wilford Woodruff, his Great-great-great grandfather, but he really can't be doing with that sort of thing.

THE TEARDROP EXPLODES     WINDOW SHOPPING FOR A NEW CROWN OF THORNS 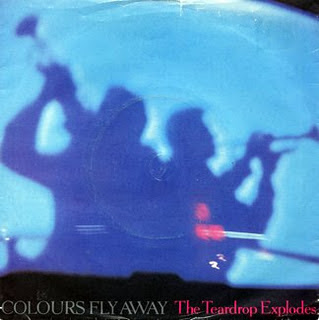 Psychedelic whimsy from the b-side of Teardrop's single COLOURS FLY AWAY, released in 1981(although it also appears on the re-released version of their second album WILDER as a bonus track. You know, sometimes that just makes it too easy. It took me years to re-find the original 7" version after I lost it at a party back in 1983.) Referred to by Cope himself, in his autobiography Head-On, as a dreary harmonium and brass freak-out, I've always found it quite pretty and I'm glad I finally got to play it on the radio. 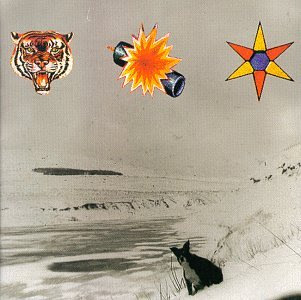 The first time I heard this song I was driving home late one night along the winding country lanes of Devon, listening to the radio, when I had a John Peel moment and had to pull the car over because my eyes had inexplicably filled with tears. As I sat there in that lay-by, letting the music wash over and comfort me, I thought it was the most perfect song I’d ever heard, and not much has happened since to make me change my mind. It’s from the band’s second EP, THE PATTY PATTY SOUND, released in 1998, which also formed the basis of their first album, THE THREE EP’S, released later that year, which, as the title suggests, is comprised of the first three EP’s and is a most wonderful thing. The problem is, it was a bit too wonderful and despite releasing three further proper albums they were never this good again. For a while though, they looked like being the best band in the world. 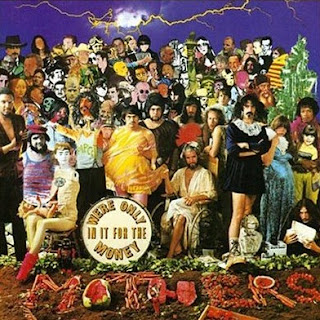 This is taken from Frank Zappa and The Mothers of Invention’s classic 1968 album WE’RE ONLY IN IT FOR THE MONEY,  Zappa’s response to The Beatles’ Sgt. Pepper’s and a general taunting of the flower power generation and the summer of love. The Chrome-Plated Megaphone of Destiny is supposed to be his final word on The Beatle’s A Day in The Life, on an album that many critics regard as the final word on the 60s, but then, that's exactly the sort of thing that they would do.

Total Page Views (doesn't appear to be working but last time I checked it was 111, 654)